We know “Downton Abbey” has been given the green light for season 6, as announced by PBS. But with the show’s season 5 airing only once a week, we’re positive you’re hungry for more secrets and mysteries!

Here are 5 a la “Downton Abbey” mystery books to tide you over – at least until the next Sunday it’s airing – along with book descriptions extracted from Amazon.

“The Crimson Rooms” by Katharine McMahon | Buy on Amazon

Still haunted by the death of her brother James seven years ago in World War I, Evelyn Gifford is shocked when a young nurse named Meredith and her six-year-old son appear on her London doorstep. Meredith claims the child is James’s son, and the grief-stricken Evelyn welcomes them into her home.

At the same time Evelyn, a struggling attorney, is defending a veteran charged with murdering his wife. She believes her client is innocent, just as she suspects there is more to the story of her “nephew” than meets the eye.

Ten years after the Armistice, in the spring of 1929, Maisie sets out on her own as a private investigator, one who has learned that coincidences are meaningful, and truth elusive. Her very first case involves suspected infidelity but reveals something very different.

Maggie Hope is dispatched to go undercover at Windsor Castle, where she will tutor the young Princess Elizabeth in math. Yet castle life quickly proves more dangerous—and deadly—than Maggie ever expected. The upstairs-downstairs world at Windsor is thrown into disarray by a shocking murder, which draws Maggie into a vast conspiracy that places the entire royal family in peril. And as she races to save England from a most disturbing fate, Maggie realizes that a quick wit is her best defense, and that the smallest clues can unravel the biggest secrets, even within her own family.

“A Duty to the Dead” by Charles Todd | Buy on Amazon

Charles Todd, author of the resoundingly acclaimed Ian Rutledge crime novels debuts an exceptional new protagonist, World War I nurse Bess Crawford, in A Duty to the Dead. A gripping tale of perilous obligations and dark family secrets in the shadows of a nightmarish time of global conflict, A Duty to the Dead is rich in suspense, surprise, and the impeccable period atmosphere that has become a Charles Todd trademark.

“The Glass of Time: A Novel” by Michael Cox | Buy on Amazon

Building on his haunting, superbly written debut, The Meaning of Night, Michael Cox returns to a story of murder, love, and revenge in Victorian England. The Glass of Time is a vividly imagined study of seduction, betrayal, and friendship between two powerful women bound together by the past. 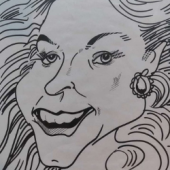 Wedding Lingerie to Spice Up Your Honeymoon Night

This site uses Akismet to reduce spam. Learn how your comment data is processed.

Tweets by @BTeelie
Copyright © 2007 by Teelie Turner
All Rights Reserved.